The San Diego Mission, officially known as Mission Basilica San Diego de Alcalá, was founded on July 16, 1769, by a Franciscan monk, Father Junipero Serra. This makes Mission San Diego the oldest of the California missions. Tourists (and locals) often skip this historic landmark but it is an interesting place with a lot of local history that is worth adding to your list of things to do in San Diego.

Even though I have lived in San Diego for many, many years now, I just recently went for my first visit. I took my dad, who was visiting from Germany and I am so glad we did. We were lucky and got to experience a couple renewing their vows in this historic place and it made our visit even more special.

However, as I was researching this article, I also learned about the not-so-pleasant past of the California Missions and the people involved in the Colonization of California and the consequence their presence had on the Native Americans living here before. I am not a historian or an expert on this topic, but I invite you to do your own research to learn more if this topic interests you. Here is some information I wanted to share with you, so you know what to expect and can plan your own visit.

What to do at San Diego Mission – Plan your visit

Today’s church is not the original church from 1769 but actually the 5th one built in this location. Definitely add a few silent minutes in this beautiful basilica. Only 5 of the 21 California missions are Basilicas. There are no longer any Franciscan brothers living in the monastery, however, this is still an active parish with daily mass and Holy Sacraments. Check the schedule here>>

The enclosed courtyard of the Mission gardens is beautiful. You will find a tranquil environment, many native plants and shady spots to sit and soak in the quietness. In the garden are statues of Father Junipero Serra, St. Francis, and St. Joseph, stunning wall paintings, and other lovely details to discover.

The Mission Museum is currently closed. They are in the middle of a big renovation and expansion project. Please check the website for additional information.

Just past the Museum on the North-Western edge of the Mission complex is the small La Capilla Chapel. Inside, you can see the choir stalls along the sides and the original altar and throne, imported from Spain, that dates back to the 13th century.

The small gift shop offers regular souvenirs as well as religious items, including little statues, crosses, and rosaries. Go check it out if you want a little something to remember your visit here.

Junipero Serro founded the first Mission in California on July 16, 1769. The first San Diego Mission was actually located on Presidio Hill in Old Town San Diego. The mission was moved to its current location in 1774 to ensure access to a reliable water source, the San Diego river.

Junipero Serro is definitely an “interesting” character. He was born on Mallorca, a small Mediterranean island of Spain in 1713. He founded 9 of the 21 California Missions and several other ones in today’s Mexico to promote the Christianization of Native Americans. Serro was also part of the Inquisition and acted as the Inquisitor at several inquisition trials, accusing and prosecuting locals for witchcraft. He practiced physical self-punishement to purify his spirit and redeem himself from his sins.

Father Luis Jayme relocated the Mission from Presidio Hill to its current location in today’s Mission Valley. He was assigned to Mission San Diego and learned to communicate with the local Kumeyaay tribe and converted many native Americans to the Catholic faith. Father Luis died in 1775 during an uprising of the local tribe against the Spanish/Catholic collonization and became the first Martyr of California.

The Mission and the Kumeyaay

The Kumeyaay tribe has lived in the San Diego region for centuries before the arrival of the Spanish colonizers. The tribe flurished and had a Their views on the intrusion of foreigners into their lands, the subsequent colonization and conversion to the Catholic faith varied. Some Native Americans were eager to visit the missions to learn Spanish and made trade deals with the colonizers and missionaries. They were called “Mission Indians”.

Most Native Americans however wanted the foreigners to leave and fought them in several uprisings. A common practice of missionaries during that time was to enslave and force Native Americans to adopt the Catholic faith. While the founding of the Missions in California is an important part of the state’s history, it is always important to remember the history of the first inhabitants of the region and the hardships they endured during the Colonization of California and are still enduring today. Here is a good resource to learn more about the Kumeyaay history.

El Camino Real – The Kings Road – (yes, just like in Game of Thrones) connects the 21 missions between San Diego and Sonoma in Alta California (Upper California). The missions were founded between 1769 and 1833. Here is a list of the other California Missions:

The San Diego Mission plays an important role in San Diego’s history, but it is important to remember that not only good came from the Colonization of California. Many Native Americans lost their lives, properties, ancestral lands, and culture during and after the invasion of European settlers. The impact can still be felt today. 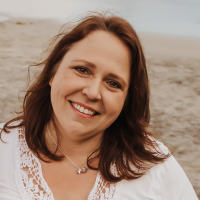